The Stygian Depths, Lost Temple of Xibalba is a supplement for ShadowSea, providing rules for adventures into the dungeons located deep in the heart of the underground world.  The main ShadowSea rulebook is not required to play The Stygian Depths as all the necessary rules for the scenery and creatures are included in this book. However, players should have the main rulebook as reference for any spell lists and special item effects used by the adventuring warband that are not included here. The game rules are based upon the Song of Blades and Heroes (SOBH) ruleset by Ganesha Games and are designed for fast play with plenty of heroic action and arcane magic, resolved with a few rolls of 6-sided dice.

The primary game type is solo play, where one player explores the Stygian Depths with a warband of 3 to 4 models, drawing cards randomly to reveal the catacombs and dangers within. Monsters follow AI routines to hunt down the warband or a second player can act as the Game Master (GM) to play them.

Multiple players may also play the game Co-operatively, with each one using a model from the warband. Finally, 2 to 4 players can play competitively with small warbands, building the map beforehand with multiple entrances for each warband connected to a central Quest Chamber.

The printed version of the supplement comes with:

52 page full color rulebook with rules and scenarios for the adventure campaign.

25 Tarot Sized Catacomb cards to draw when exploring the dungeon

26 6″x6″ Map tiles printed on cardstock for corridors, small rooms and stairs, each with a front and back side version of the tile.

4 pages of 8.5×11″ cardstock markers, templates and monster tokens to cut out and use.

The main entrance to the Stygian Depths is through the sunken city of Xibalba, located in Blood Reef on the coasts of the Shadow Sea. Many of the ziggurat pyramids in Xibalba are partially submerged and the structures at the top have doorways that allow adventurers to reach the horrors below. There, serpentine monstrosities and their hideous demonic servants guard magical artifacts and golden treasures while plotting their return to power. Warbands from any of the forces of  ShadowSea or DeepWars may enter into the Stygian Depths in search of gold and ancient magical items, as well as for the glowing crystals that power all ether technology. The only restriction is that warbands need to have Amphibious models in the party, as fully marine ones will not be able to navigate the dry parts of the dungeon. 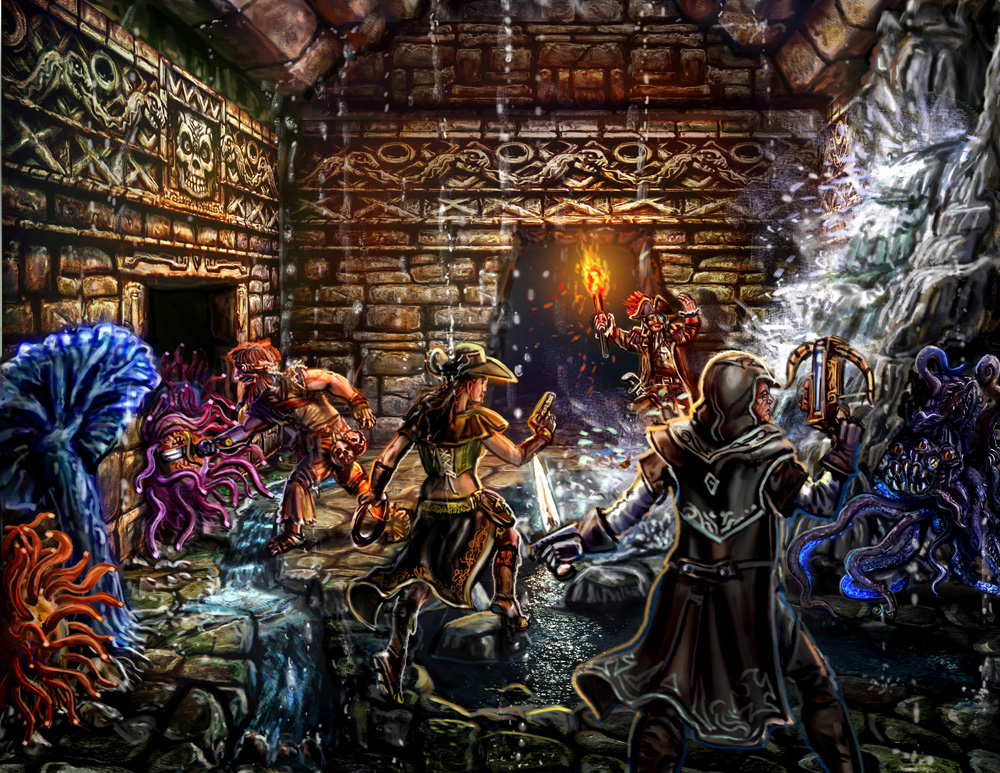 Adventures in the deep caverns are played on the tabletop using “tiles” to represent stretches of tunnels and rooms. The tiles are arranged by drawing cards that show which rooms are to appear, so games can be played solo or cooperatively with another player. The ultimate goal of a game session is to complete a Quest Scenario, a narrative adventure with a special chamber at the end of the adventure that contains glittering treasures but is protected by challenging enemies and deadly environments. There are multiple Quest Scenarios that warbands may attempt, each of which has a special Quest Chamber, a larger floor tile with a unique layout. Players may also build their own layouts for competitive battles, having each player start in different sections of the map. The competing players then try to recover as much loot as possible while surviving the dangers of the temple. 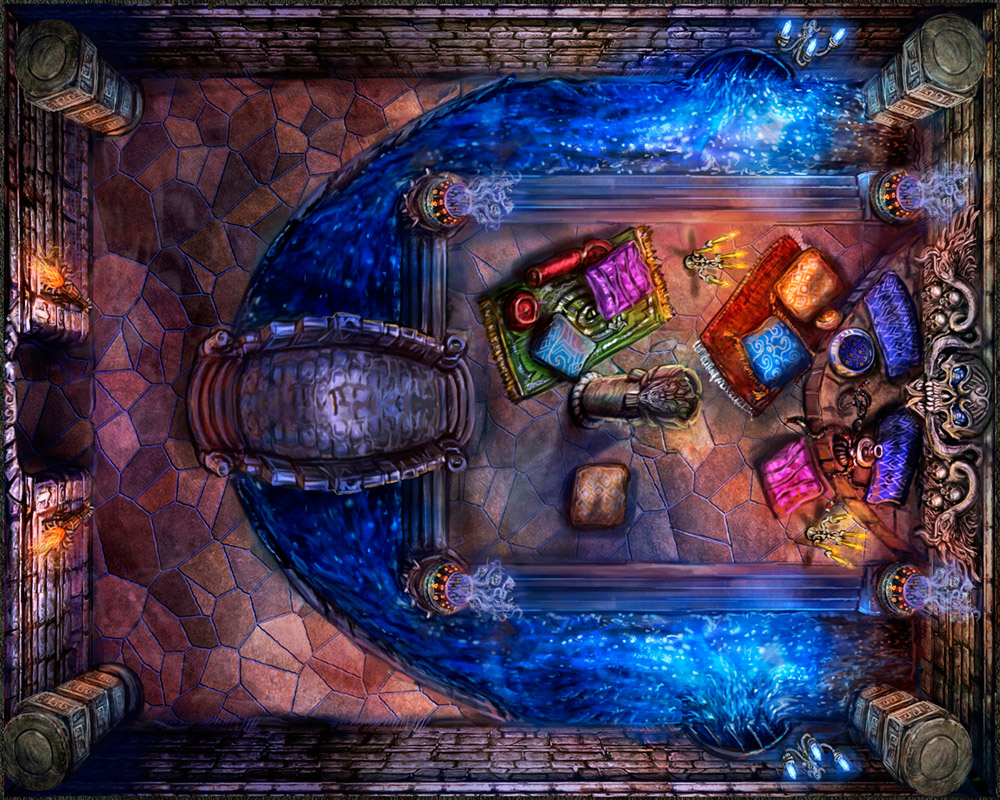